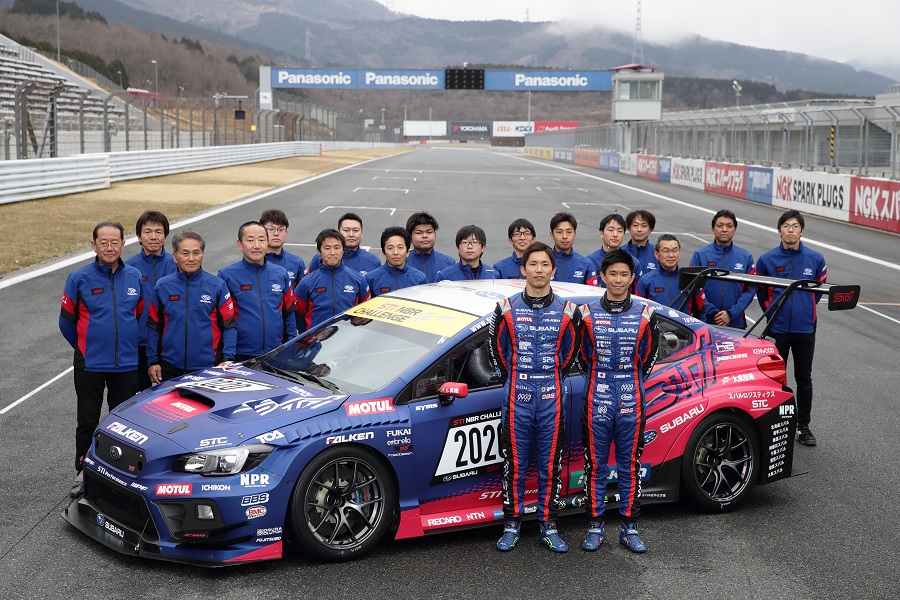 Tokyo, June 29, 2020 – Subaru Tecnica International (STI) announced today that STI has decided not to participate in the 48th Nürburgring 24-Hour Race scheduled to take place September 24 to 27, 2020 at the Nürburgring in the Eifel region of Rhineland-Palatinate, Germany.

Since its first participation in the endurance race in 2008, STI NBR Challenge team has competed in the Nürburgring 24-Hour Race every year for the past 12 years. Through these experiences, Subaru and STI has proven the driving performance of the Subaru vehicle and further improved it through the challenges in the racing. The team won the SP3T class in 2018 and 2019 and was aiming at the third consecutive win in the class this year.

Due to the spread of COVID-19, however, the team faces difficulties to conduct the racing activities overseas in the best shape while ensuring the safety of the drivers, partner companies, employees, and other related parties. Therefore, the team decided not to participate in the race this year.

Subaru and STI apologize to the fans and other stakeholders who were looking forward to the team’s challenge for winning the third consecutive class title for the first time in the STI NBR Challenge history, but ask for your understanding of the decision.


■Yasuo Hiraoka, President of Subaru Tecnica International
This year, we have made such a difficult decision, but on the contrary, we regard it as a step towards the future that STI aims for, and we will make a positive move forward toward 2021 as a team.
We would like to thank all the fans who always support Subaru/STI, the team sponsors and all those who concerned with the team.
We look forward to your continued support in the future.


■Hideharu Tatsumi, Team General Manager of STI NBR Challenge team
I understand that this decision to skip the race has disappointed everyone involved, including ourselves.
However, I would rather consider this period as an opportunity, and think of it as time for technological progress, human resource development, and further evolution of SUBARU cars and STI parts. By utilizing this opportunity effectively, we will further build up the knowledge, ability and passion to make “a car which enhances the driving skills” and continue to respond to the expectations of our fans.
We would appreciate your continued support and encouragement.


*The image above taken at Fuji Speedway, Japan in February, 2020