To say that STI's journey has been a history of overcoming challenges is not an overstatement.
Since our foundation, our mission has been to make "SUBARU the best in the world".
We will continue to aim for the top of the world with "cars which allow total driver control at will" 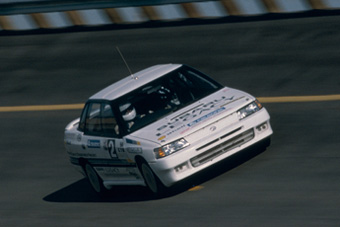 The seeds of STI were planted in 1972, when Subaru campaigned the Leone in the Australia’s Southern Cross Rally. After their first foray into competition, Subaru made history with the first AWD car entered in the World Rally Championship (WRC), when the Leone 4WD entered the Safari Rally in 1980.

By 1988, with the competition reputation of AWD and turbo cars established, it was time for Subaru to stake its claim. STI was founded and they quickly made a powerful statement by breaking a world speed record. Led by Ryuichiro Kuze, the STI team smashed the a new 100,000-kilometerworld speed record(Effective as of the end of April, 2005), driving Legacyat a blistering average speed 138.780 mph (223.345 km/h) for 447 hours, 44minutes and 9.887 seconds, continuously. 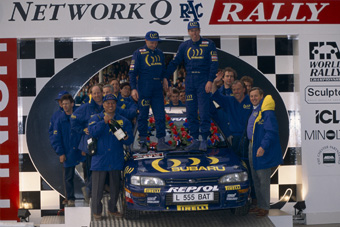 After a successful competition debut at the Safari Rally in 1990, STI founder/president Ryuichiro Kuze set his sights on the World Rally Championship (WRC). Although much was learned in their early efforts, victory would not come until the New Zealand Rally in 1993, where the STI Legacy won triumphantly. The following year, the STI team switched gears and started the long-lasting racing campaign of the Subaru Impreza WRC model. The success that followed was beyond anyone’s wildest dreams – 2nd overall in 1994, manufacturers’ titles 1995 and 1996, and a stunning 8 of 14 races won in 1997, capping a remarkable achievement – Subaru became the first Japanese company to win a manufacturers’ title for 3 consecutive years. This racing success would permanently elevate Subaru and STI to iconic status in the world of rally. 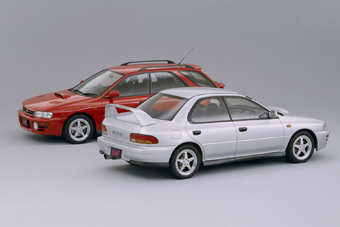 True to STI’s philosophy that racing and production vehicles go hand-in-hand, the WRX STI was released in 1994. Based on the Impreza WRX, the WRX STI brought rally-proven technology to the masses – the turbocharged SUBARU BOXER engine coupled with the Driver Controlled Centre Differential (DCCD) and Subaru Symmetrical All-Wheel Drive. 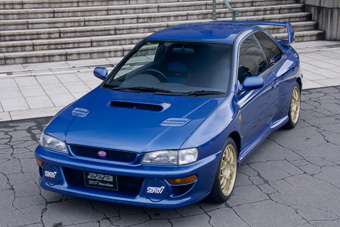 Following the release of the first production WRX STI, STI dreamt bigger, planning a series of exotic models with even higher performance. The first realization of this vision was the Impreza 22B STI, built in commemoration Subaru’s victory in three consecutive manufacturers’ titles in the 1995, 1996 and 1997 WRC rally seasons. All 400 examples of the 22B STI sold out within a few days, helping to establish STI as a performance brand. The S201 followed, then the S202, S203, S204, S205, and S206 – all limited edition, exclusive models with the highest level of performance and workmanship available. 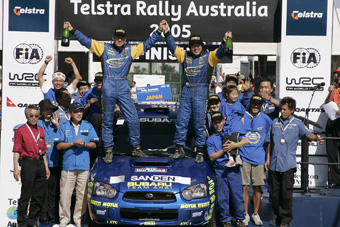 With 47 WRC wins and counting, STI led Subaru to more rally wins than any other Japanese manufacturer. This success, coupled with the heroics of drivers like Colin McRae (1995 drivers’ champion), Richard Burns (2001 champion), Peter Solberg (2003 champion), and Toshihiro Arai (2005, 2007 Group N champion) would solidify Subaru and STI among the most respected brands in the rally scene

The Impreza. A car with racing in its DNA. 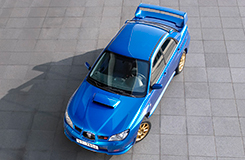 The Impreza may be one of the best examples of the influence of racing on production vehicle development. The design and engineering of this production model took direct cues from the WRC team. In true STI fashion, the Impreza production and racing models were developed congruently. It’s no surprise that production WRX STI vehicles are the much closer than their racing versions than, perhaps, models from any other manufacturer. 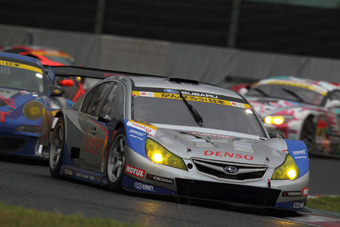 Although 2008 would mark the end of WRC competition for Subaru and STI, it was the beginning of a new era of racing challenges. STI would begin its conquest of the tarmac in the Japanese SUPER GT series. In this competitive series, the STI ideals of driving confidence, and the trusted SUBARU BOXER engine would prove immediately effective, resulting in strong finishes for the Legacy racecar, and the following BRZ racecar, which would take 5 pole positions in the 2013 season. 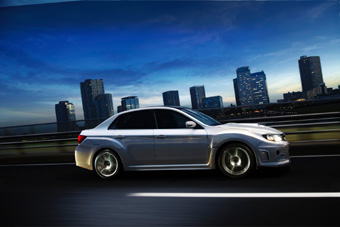 STI complete cars and performance parts rely on one basic goal, above all – to empower the driver with a more engaging, responsive experience. Often overlooked by other performance tuners, this performance philosophy enables STI vehicles to perform competitively against vastly more powerful vehicles in competition. And the benefits pay dividends everywhere. These same principles can make production cars safer and more enjoyable to drive, even in the harshest conditions. This can be felt by the “Enjoyment and Peace of Mind” built into every Subaru on the road. 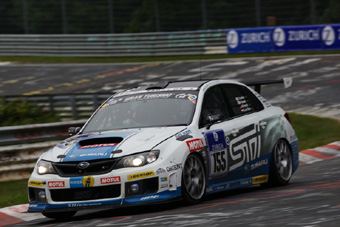 After more than a decade of WRC dominance, STI put their performance prowess to the ultimate test – The Nürburgring 24-Hour race in Germany. At a race where only the most resilient cars and drivers prevail, the STI Nürburgring Challenge racecar prevailed in 2011 and 2012, earning class victories. After a setback in the 2013 race where they finished third, the STI aims for success once again, with a new STI Nürburgring Challenge based on the 2015 WRX STI production car. Competing with such authority against some of the most formidable racing teams and vehicles in the world, STI’s effort in Nürburgring 24-Hour race is a triumph for Subaru and their fans around the globe.