Subaru Tecnica International (STI) has launched the STI E-RA CHALLENGE PROJECT, an STI near-future motorsport study project, with the aim of gaining experience and training of new technologies in the world of motorsports in this carbon-neutral era focused on combating global warming. STI will unveil the "STI E-RA*1" concept car, which has been developed under this project, at the Tokyo Auto Salon from January 14, 2022. 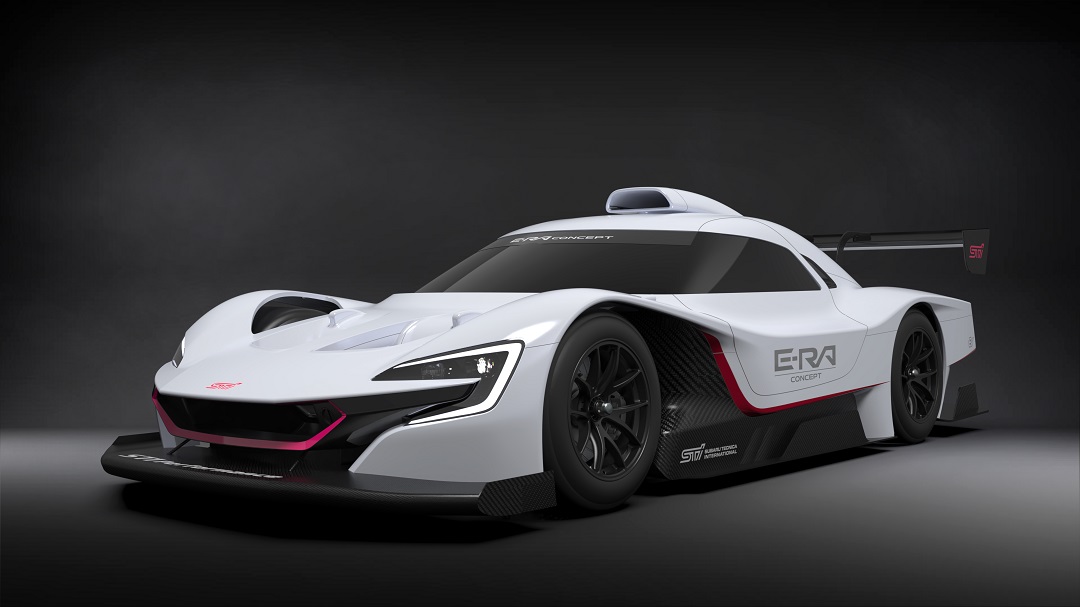 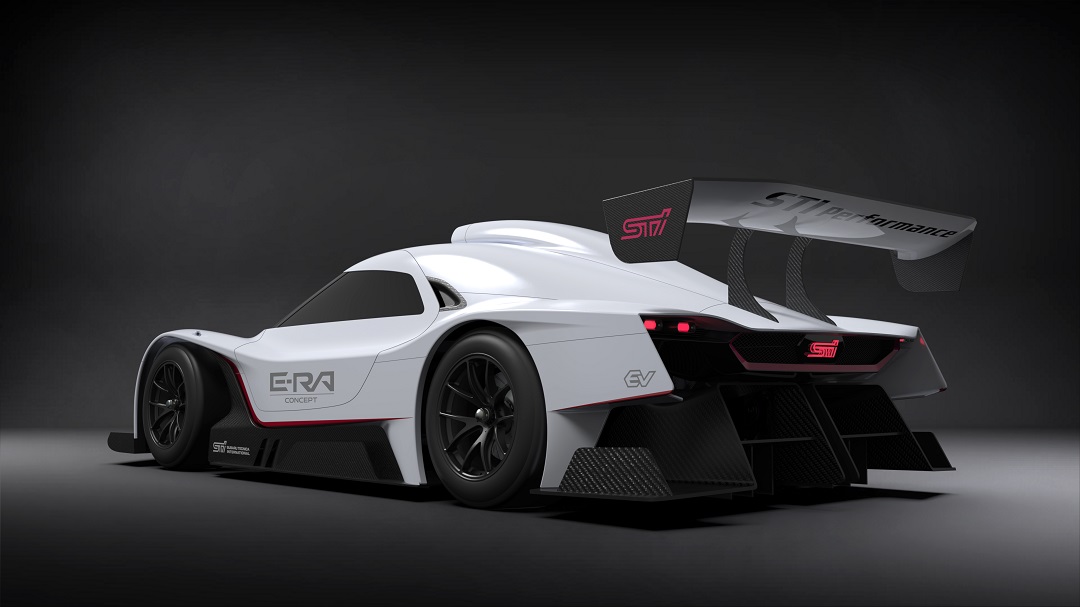 The first goal of this model is to try to record a lap time of 400 seconds (6 minutes 40 seconds) in a time attack at the Nürburgring circuit from 2023 onward, after repeating driving experiments including at circuits in Japan in 2022.

In order for STI to highlight SUBARU's uniqueness, such as the "pleasure of driving" and an "absolute sense of security" more prominently in the future, we have utilized the knowledge of SUBARU's strength in "all-wheel control technology" to control the high outputs with a maximum system output of 800kW (1088ps) with newly adopted proprietary 4-motor 4-wheel torque vectoring technology.

For the motors, a high-torque high-revolution type with an integrated inverter and a gear for hyper EVs, which were developed and supplied by Yamaha Motor Co., Ltd. have been adopted. This motor is driven by a lithium-ion battery with a storage capacity of 60kWh.
The unique torque vectoring system is a technology that equalizes the balance to the grip limit of each of the four wheels with a driver-focused control system whose highest priority is the pleasure of driving. This raises the grip level to the maximum and stabilizes car body position.
In order to obtain the maximum effect, the best way is to independently apply the optimum drive torque to the four wheels as the load shifts. To realize this, the system calculates the signals from sensors in wheel speed, vehicle speed, steering angle, G-force, yaw rate, brake pressure, and wheel load, determines the drive/braking torque of each wheel to gain a target stability factor, and provides instructions to the inverter.

The structure where motors are directly attached to the four wheels enables a high level of responsiveness and a direct control of the yaw of the car body. Since this is considered to be a system which can maximize a vehicle’s kinetic performance, and is included in the regulations for future motorsport (FIA E-GT), we regard this to be the best direction for us to work in.

STI will continue to strive in motorsports to refine our technology to keep creating cars that allow our customers to enjoy driving endlessly while feeling safe and comfortable. We will also utilize the insight gained from this project as an initiative for a future electrified society.
STI will continue to create new values so that cars will remain enjoyable, and which enrich the lives of our customers in an increasingly decarbonized world, for all SUBARUs.